Ever eaten a meal so spicy your face heats up and sweat begins to build above the brow and right below the jaw? Are you one of those customers who will try a restaurant’s spiciest sauce for a free t-shirt? All of my life, I have steered clear of most spicy foods like chili peppers. My dad, on the other hand, seeks out any opportunity to enhance the flavorings of a dish with the spiciest sauces or seasonings typically made with chili peppers. He takes pleasure in boosting up the flavor and spice intensity in his snacks, meals, and desserts.

When I think of spicy food I often think international cuisine like Korean barbecue or Pad Thai, and then, of course, the American classic, hot chicken wings. When compared, they are each prepared with some form of hot chili pepper.

As of 2018, Pepper Head® a registered nursery and licensed business in Florida,  ranks the top ten hottest peppers. Holding its rank from 2013, the Carolina Reaper is ranked as the world’s hottest pepper at 2,200,000 SHU (Scoville Heat Units). Pepper reported that the Carolina Reaper is 200 times hotter than a jalapeño and 500 times hotter than Tabasco sauce. That is a lot pungency for a small shriveled up little pepper—small but deadly. And for a café in Scotland, it was the perfect ingredient for the ultimate gelato flavor, Devil’s Breath.

The New York Post interviewed Lee Badoni, the owner at Aldwych Café in Glasgow, Scotland. The family business has strong roots in Italy and makes Devil’s Breath from scratch with a recipe dated from 1936. Due to its ridiculous heat intensity and spiciness, customers sign a waiver before consuming. Badoni explains the flavor as “a cream spice, but it’s really a flavor sensation.”

Although I am not as daring with spices, I am fascinated by the combination of hot spices with gelato or ice cream. The fact that drinking a glass of milk helps soothe the pain after enjoying a spicy entrée is common knowledge to many. So how can frozen desserts like gelato or ice cream remain high on the heat intensity index?

To get technical, Discovery Channel describes the scientific properties of a chili pepper and taste buds. It states that inside a chili pepper is a substance called capsaicin. When consumed, the capsaicin contacts the “heat detecting neutral sensors” also known as taste buds, and then “sends a message straight to the brain: fire!” To ease the pain, drink milk, because milk “contains casein, a fat-loving compound that binds with capsaicin oil and then washes it away.” However, when chilies are added to gelato or ice cream they infuse in the milk/sugar/flavored mixture. The chilies are strained a whole minute later; just long enough to infuse spicy oils. The combination is like an oxymoron; spicy gelato or spicy ice cream. What is commonly sweet and calming is now hot and intense.

Like Badoni and the Aldwych Café, business owners are getting creative. Serious Eats food blog and recipe database spotted an ice cream shop in Angier, North Carolina. Sunni Ski’s Homemade Ice Cream is proud of their blazing hot and saucy flavor, Cold Sweat, which also requires a signed waiver before tasting or buying. The daring appeal and flavor pairings, familiar yet exotic, are trending across the world. However, not all gelato or ice cream flavors need to be infused with pain to be a trendsetting staple.

Jeni’s Ice Cram chain, particularly, in Cincinnati, Ohio, offers a Queen City Cayenne. This milk chocolate ice cream is infused with cayenne and cinnamon. They also offer a toasted coconut, cayenne, and coconut milk flavor called, Thai Chili. These flavors do not require a waiver, but still pack in flavor.

Chili peppers are often forgotten as a possible ingredient when making new gelato or ice cream flavors. Food industries are always on the lookout to remix popular flavors with new, unsuspected results. It’s like merging the excitement and high of taking on the hottest and spiciest sauce and coming back down with the comfort of creamy, cold milk. 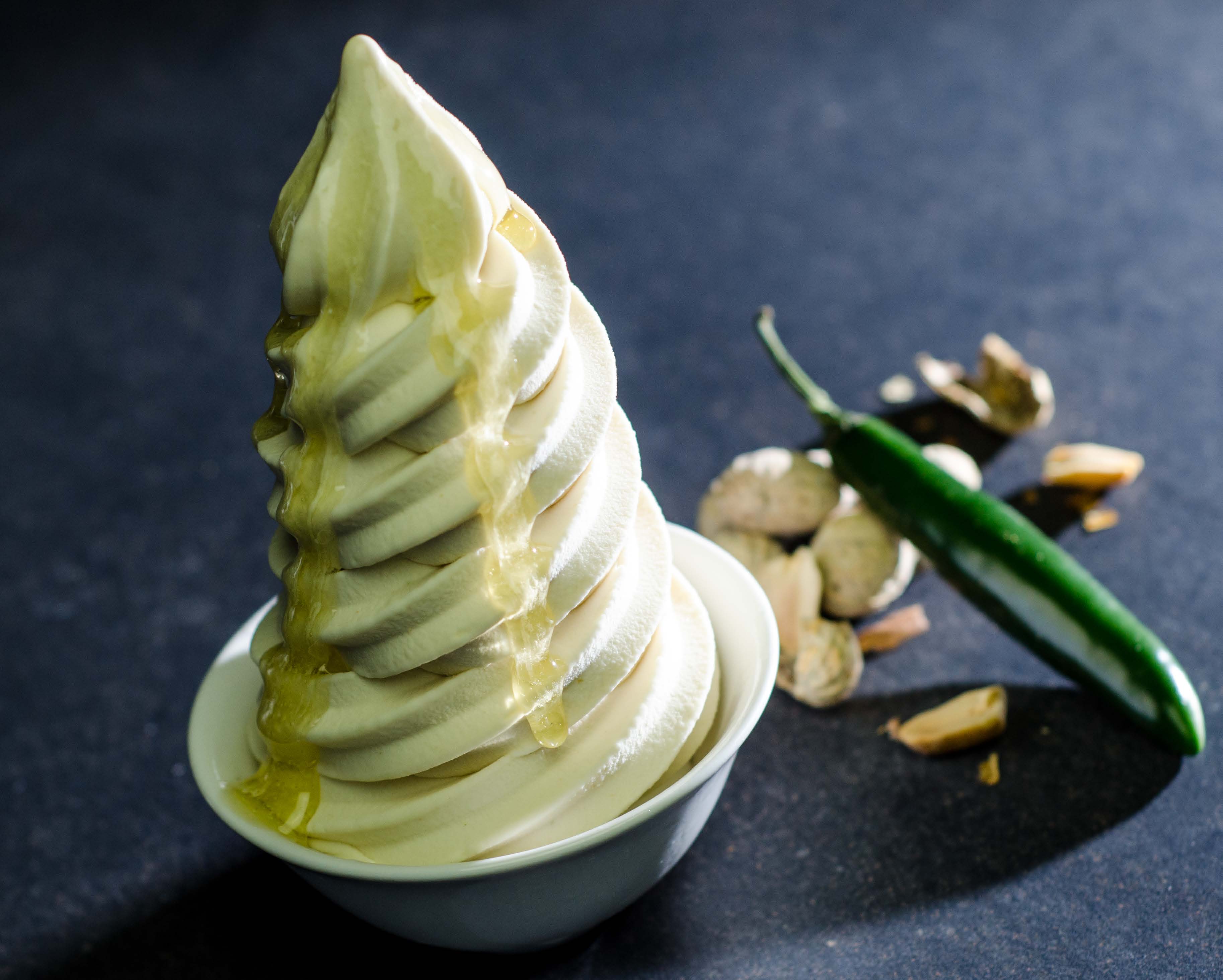 Customers enjoy the challenge of hot peppers as well as the comfort of sweet and fruity flavors. The misunderstanding has been settled that heat and spicy sensations are no longer a separate experience of eating a frozen dessert. Experimenting with spicy gelato or ice cream is now a bold sensation.